the contexts for Christianity 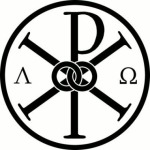 Mind games; let’s play. Topic— the contexts for Christianity. There are hundreds of religions on this planet (Buddhism, Islam, Hindu, Baha’i, power, sports, consumption-ism, etc). The one I believe offers the explanations that best describe the state of reality is the Christian faith. Do not think me naïve; the history of Christianity recalls some of the worst atrocities and passive approval of evil’s expression ever witnessed. Yet its basic understanding of the human condition is without parallel—

Though the Church is clearly with its flaws & failures, genuine Christian faith among the masses is always seen in expressions of common decency, acts of sacrifice, love, and unswerving devotion to the teachings of Jesus. If anyone claims to be Christian and exhibits few of these characteristics, then their claim is false. Genuine Christians move among their networks of relationships as beacons of encouragement, vessels of Truth, and servants of others. They may not be able to explain their faith very well, because of present-day vocabulary-patterning, but their life of love needs little explanation.

Because of the model Jesus Christ set before the world, Christians have always played the under-dog in the grand scheme of things. Christianity’s worst days, whether in the era of the Crusades or in the rise of the conservative right, have always been when it was in a position of power. Truly, power dost corrupt: absolute power, corrupting most absolutely.

The primary contexts for Christianity have always resided in three places. First, in the lives of those who epitomize the pattern of godliness exemplified in God’s Son-on-earth, Jesus Christ. Second, in the communities of faith, within Scripture and beyond, that have served our societies as servants and fellow journeymen, together, seeking justice & truth. And third, within the interplay between the Lord God Creator of all that there is and this one, measly planet, Earth, on which He has focused His love and salvation. Crazy, isn’t it!?!

Have a nice week.